Winter Classic 2020 Tournament is in the books and lets just say this was a pretty good day. It helps when you get great weather in early Feb but then add in one of the best tournament fields to start the year with 40 plus teams on five fields. We knew we had a ton of great teams coming for this event but getting to watch how it played it out over the whole day was very exciting!  So while we had probably the best and most competitive field since last Summer we still want to recognize out top squads in each Division. In our 12U Division we are getting some good new teams coming to play but the long standing Nitro and Rebel teams from Dallas will always be in the mix. Both made it to the Finals and it was the Rebels as our Champions and Nitro as our Runner ups but keep in mind that Nitro still has another Year in this Division next Season. In the 7th Grade Division I like our new teams in Celina, C$ & Coppell. In the end it was the Owls of Joshua as our Champions as they went 4-0 on the day and it was the HP Scots as our runner up going 3-1. The 8th grade Division Champions were the Southlake Dragons who went 4-0 on the day and our runner ups and first time entry was G5 who has a really good squad. I also like the squads of Gamecocks, Jacksboro and C4 in that division too. JV & Varsity Division were just incredible and the most competitive of the day. JV had 12 teams and 6 of them had winning records after Pool Play. Pride who won this Division 3 weeks ago at Boswell didn't advance to Bracket but was a solid 2-1 on the day and had pt differential of 55!  So here is who stood out but didn't make bracket play. Pride, Truth JV, Allen Eagles 23 and AHS 23. Our Champions were the Scots from Highland Park who went 5-0 on the day and our runner up from Houston KB3. Varsity Division was same thing with 12 teams and this is who stood out but just missed out on Bracket Play  both Teams from Gamecocks are really good, and I like the Grind 365 team out of Austin a lot! In Bracket play we got a great OT Thriller with ICE & Oklahoma Intensity.  Great game for sure and OK Intensity clipped them by a pt. In the Finals it was the Hebron Hawks who went 4-0 on the day and played a fantastic Championship Game and a great overall Tourney as the Beat our Runner up Oklahoma Intensity.

Thanks to all our Coaches for bringing out your teams and families to spend a day with us as we really hope you guys had a good time. Thank you to HEB ISD, Dicks Sporting Goods, Wilson Sporting Goods, Rocksolid Helmets, Brandid Sports, Battle Sports, the Quarterback Ranch,  Zorts Sports, T-Dub Drone coverage and JR's BBQ & Moore Food service

See ya at the Leap Year Spring Kickoff Tourney in 3 weeks!

Up next is the Leap Year Spring Kickoff Tourney at Midlothian HS. All Divisions, team registration  https://texaselite7on7.sportngin.com/register/form/745943822 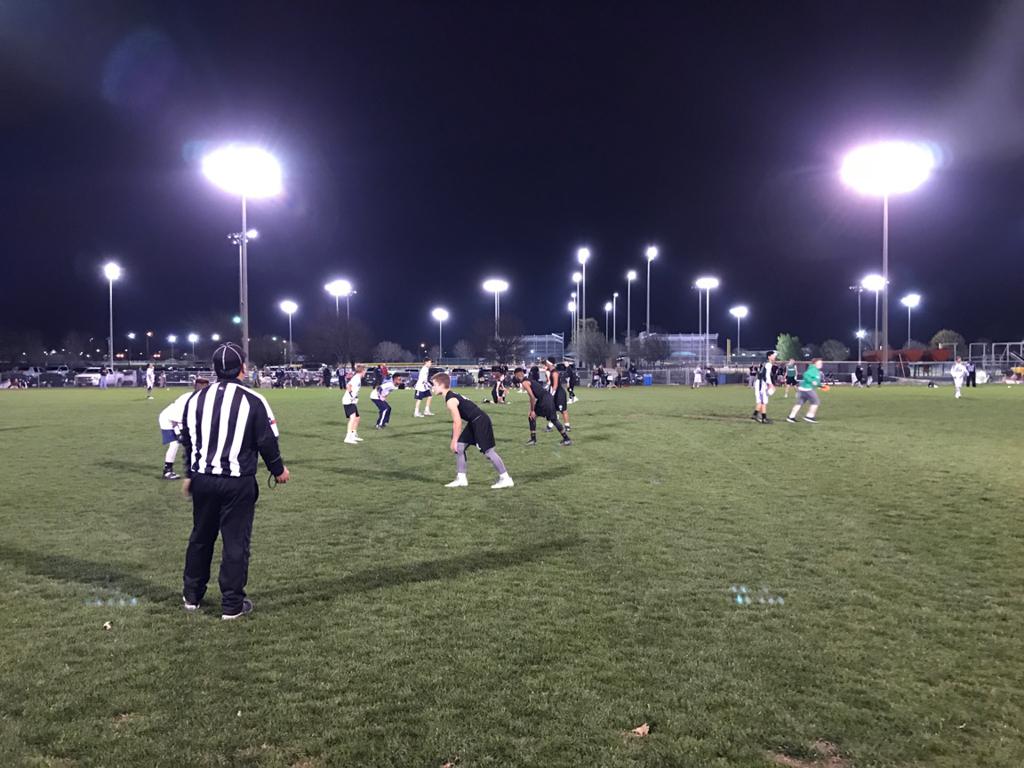 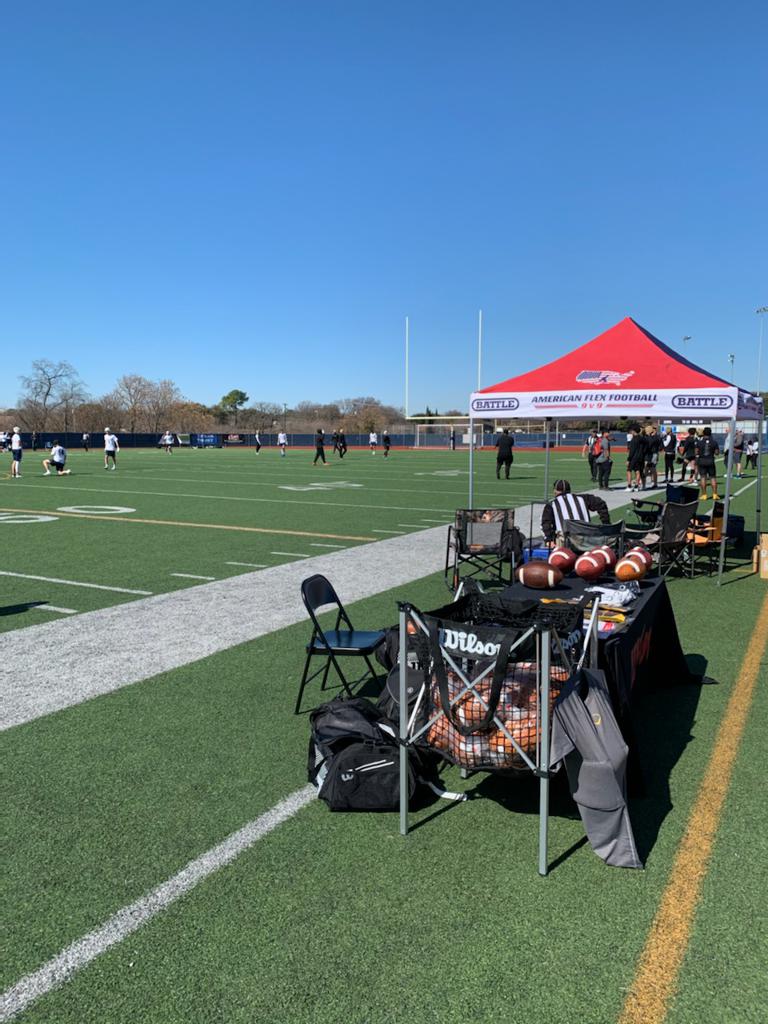 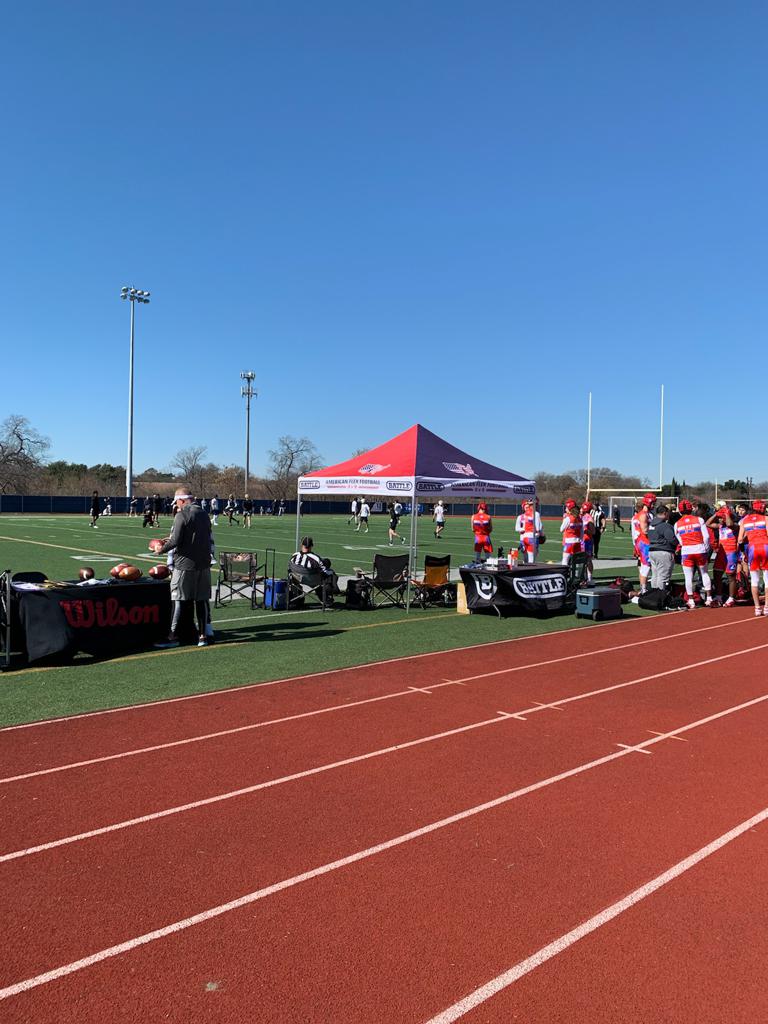 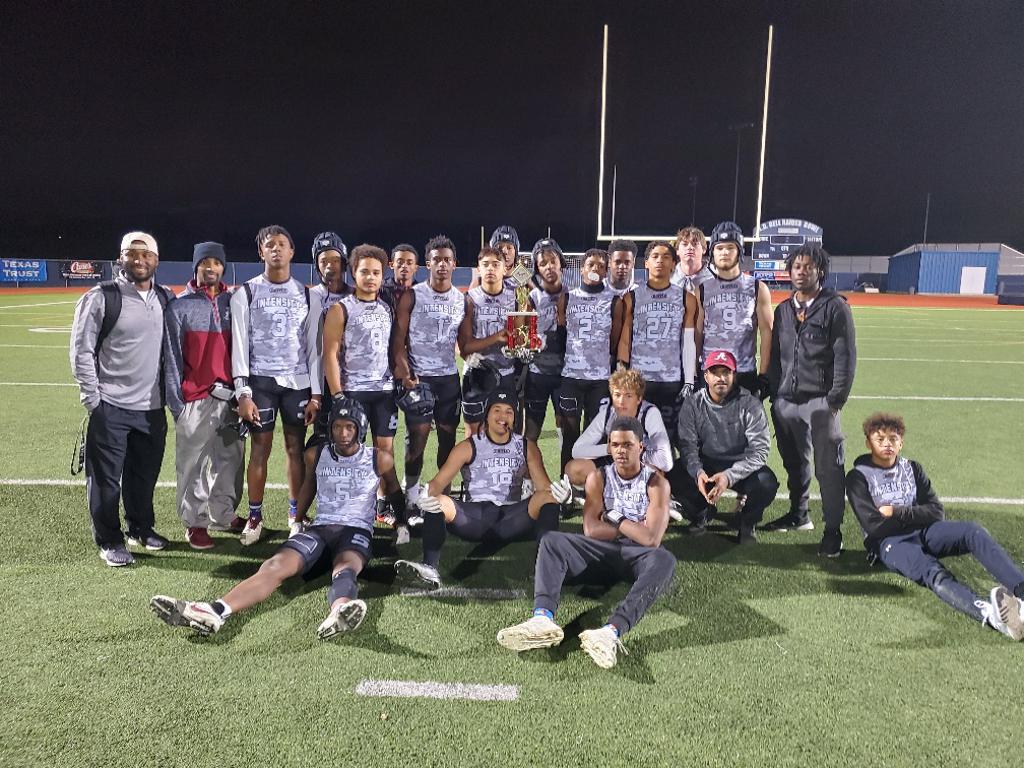 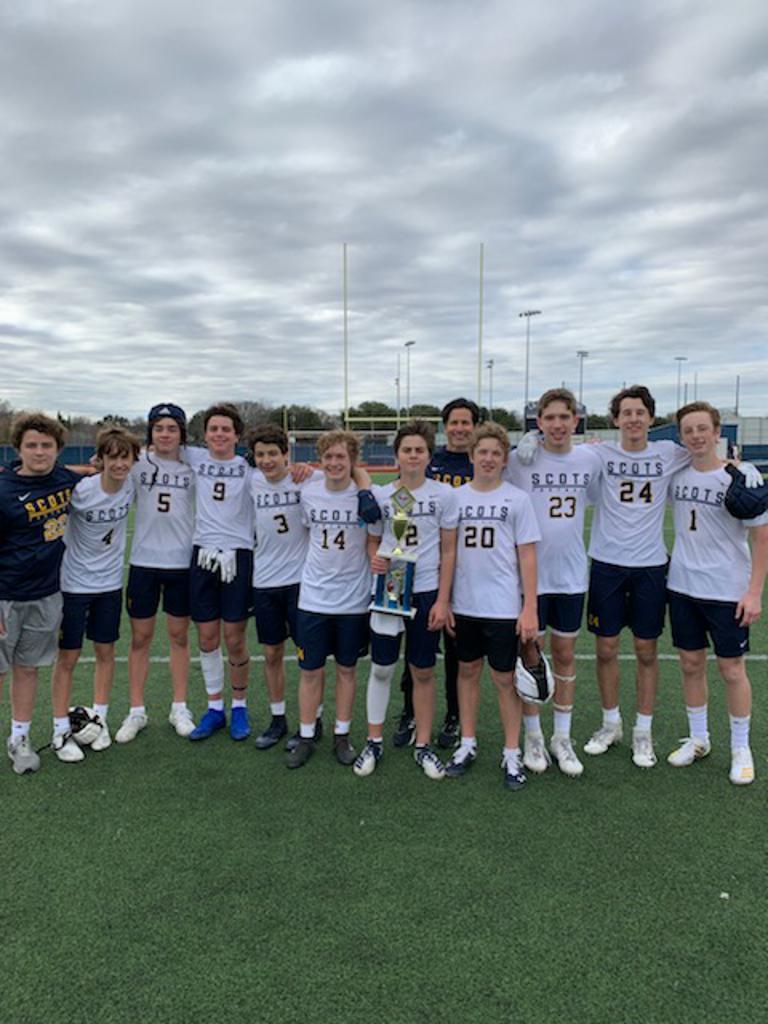 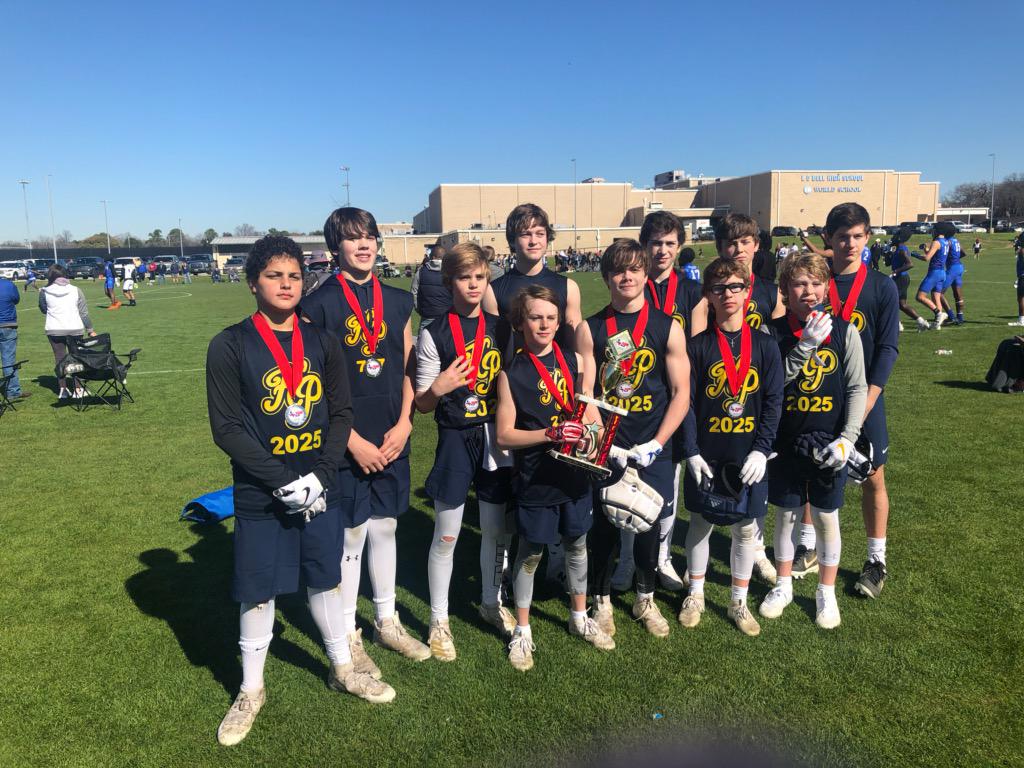 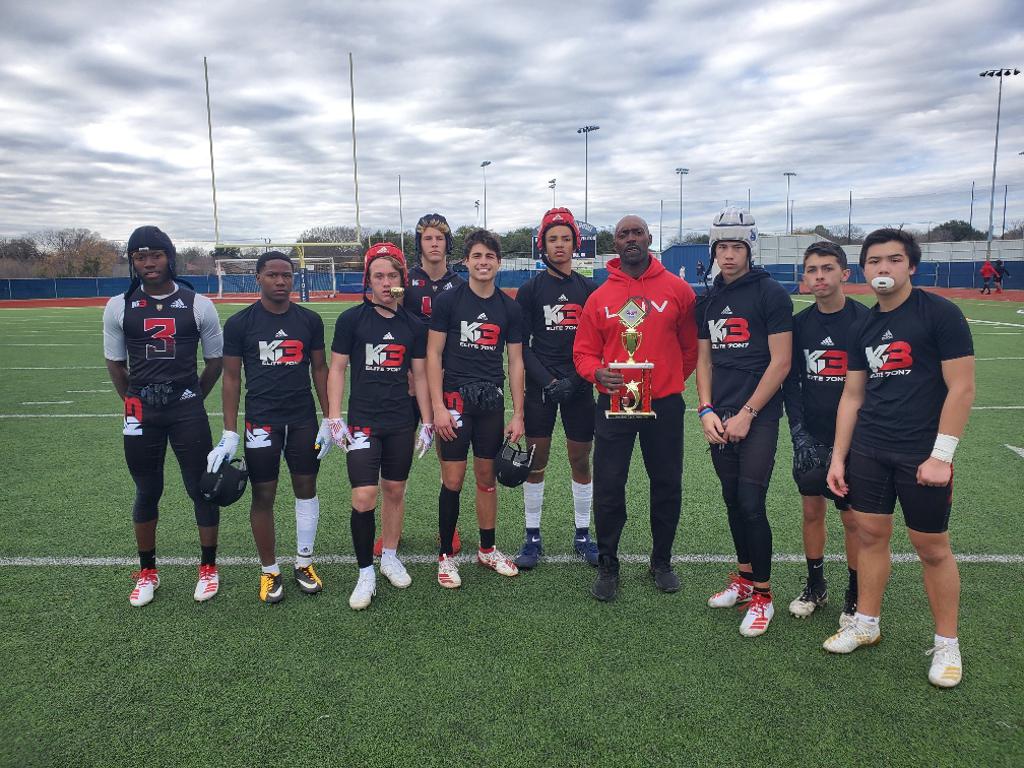 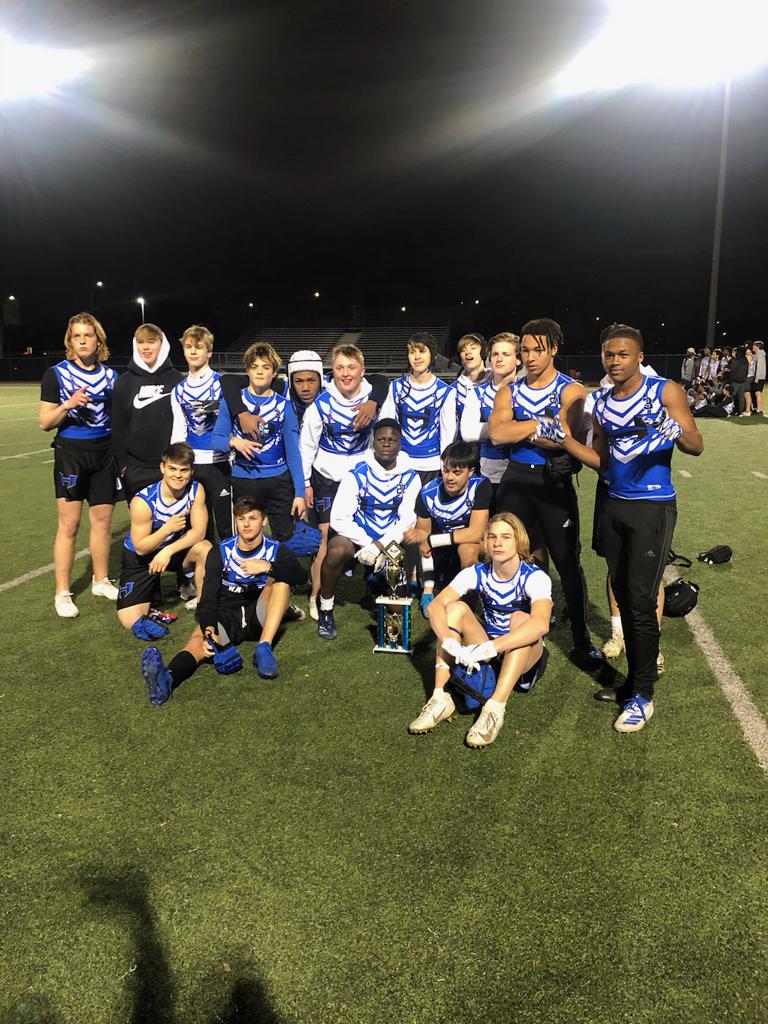 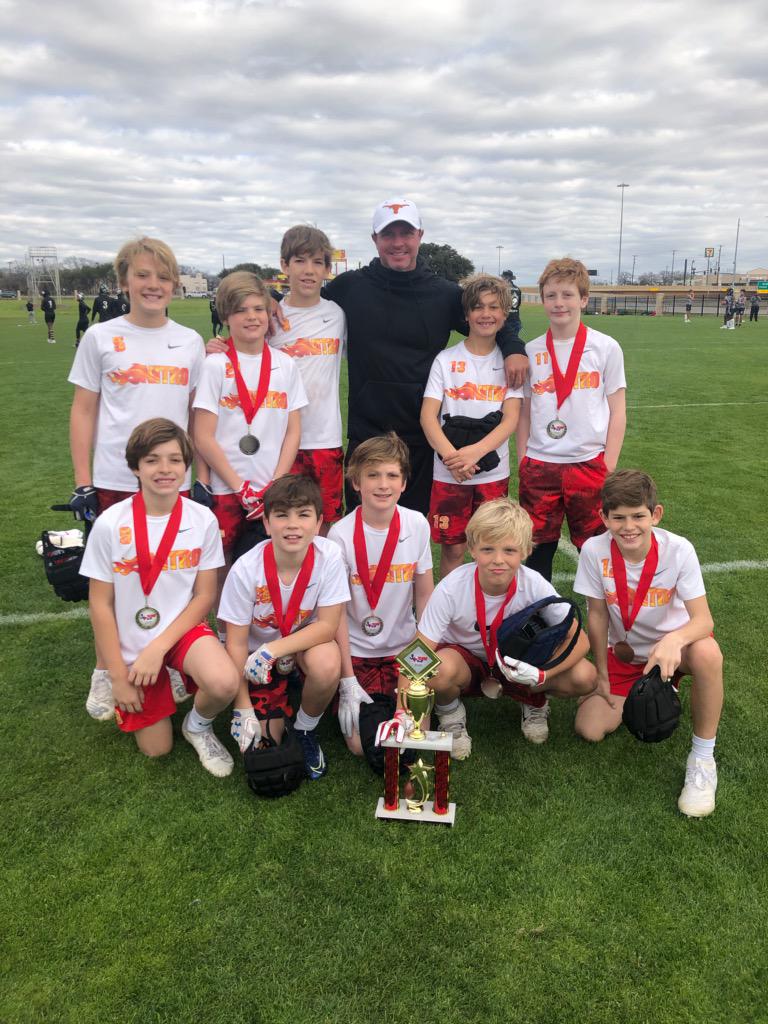 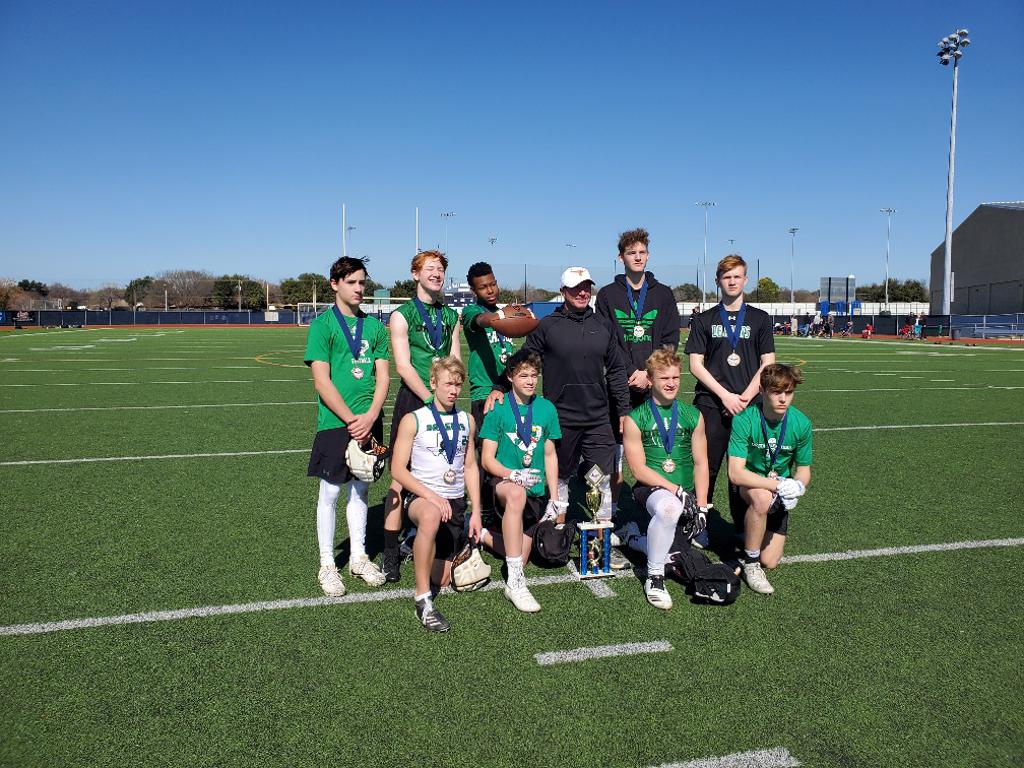 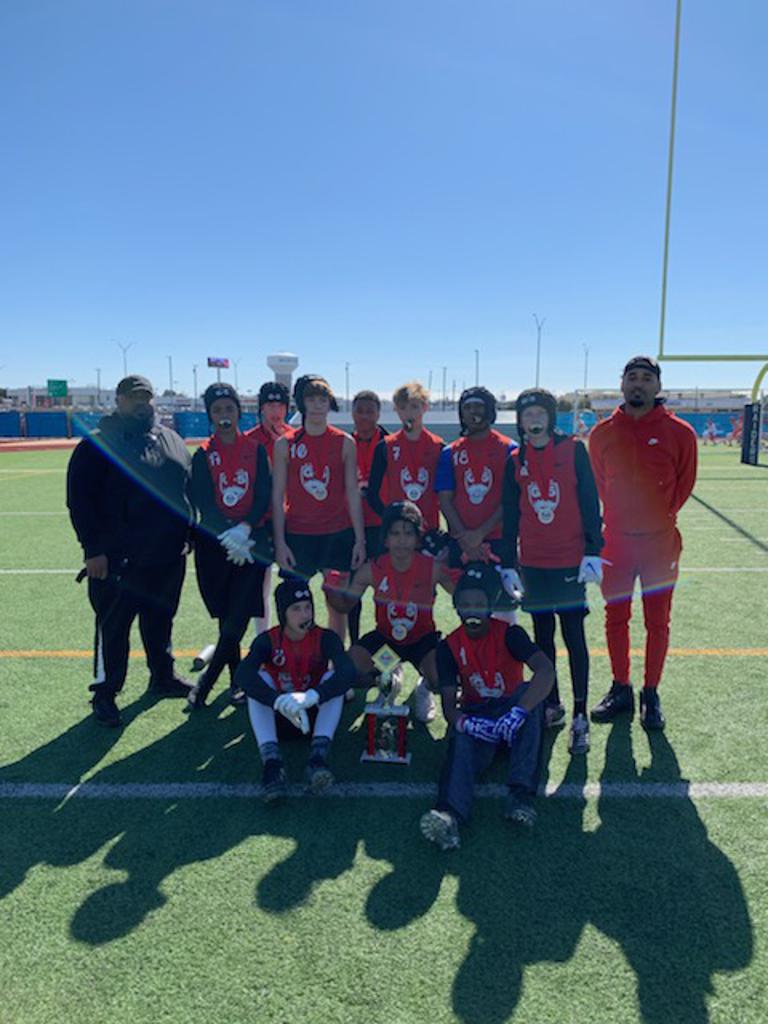 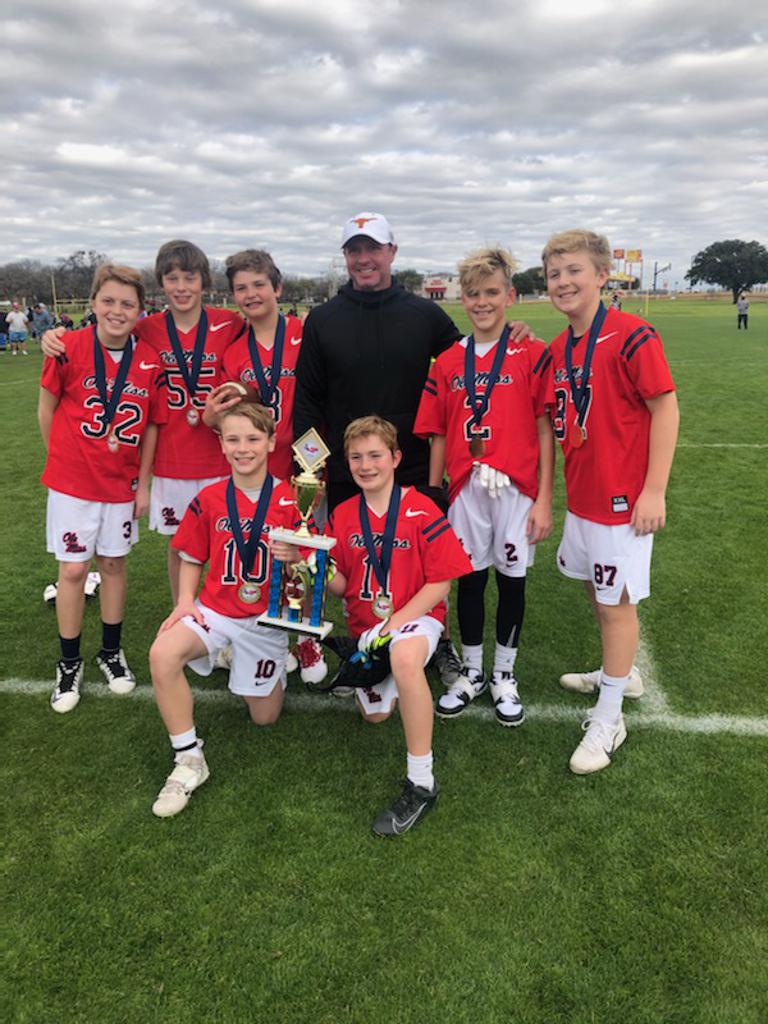